The History of York House

Built in about 1850 as a family home for a local banker (John Oliver), and originally called Clarence House, the building is a 3-storey, 10-roomed, Georgian-style, Grade II listed building on London Road, Stony Stratford. The building has 4 distinctive vertical yellow pilaster strips on its front aspect and the ground floor originally had a slightly projecting porch with French windows to either side and a sweeping circular driveway. 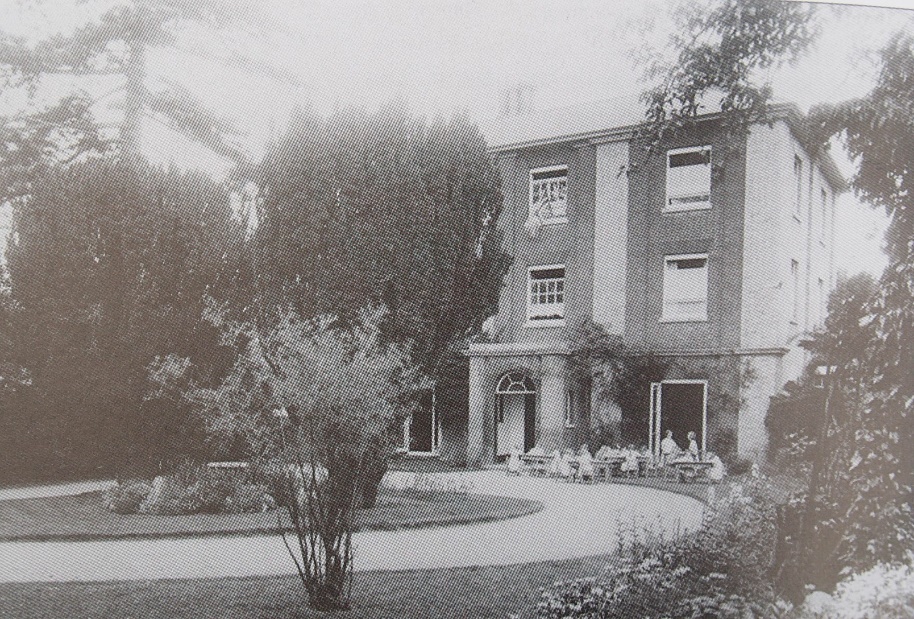 In 1905, the building was rented on an annual tenancy to the Slade Family (William, his wife Adeline and their 2 daughters, Adeline and Dorothy). Mrs Slade was the principal of York House School, a private school for girls, which was previously located at York House, 77 High Street, Stony Stratford (now the Conservative Club). She re-located to the premises on London Road and brought the name ‘York House’ with her, which it has retained to this day – there are still local people who attended the school using the building today! 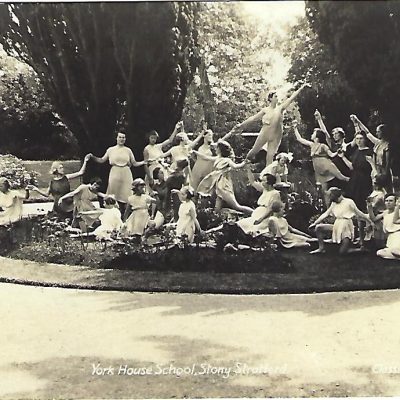 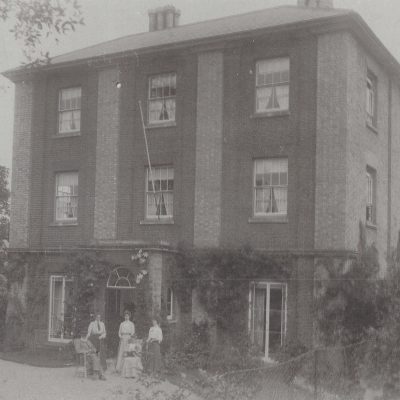 Find a full history of York House School by John Taylor at:-

York House School closed in 1957 and Edmund Littledale, owner of the garage which was situated next door, bought the building intending to extend his garage forecourt. At this point it probably stood empty for a while.

In 1963, York House was bought from Edmund Littledale to provide a permanent home for the St. Giles Youth Club (at the time, the largest of the local youth clubs) who had outgrown their premises behind The Cock Hotel. The building and its initial conversion to a youth project was paid for by a mixture of government grants and local fundraising via a weekly subscription.

An independent Charitable Trust (York House Youth Club) was set up to own the building and manage the project on behalf of local residents.

The primary objective of the Trust was to support the personal development of young people through their leisure time activities.

During the 1970s, grant aid from Milton Keynes Development Corporation was given to develop the building. There were several phases of development including creation of the Main Hall and the addition of the new main staircase on the rear of the building – this money was conditional on the building being made available to the wider community. Older members of the club also helped with the renovations and decorating. Following the conversion work, the building was given Grade II Listed status in October 1976. 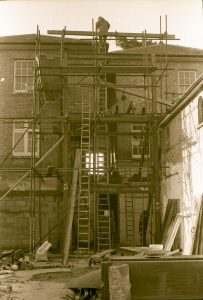 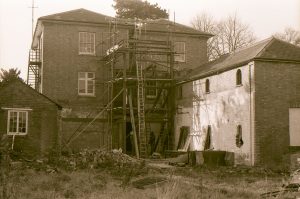 Capitalising on the initial enthusiasm and intensive effort to fundraise, buy a building and convert it, in the early days the York House Youth Project ran well for a number of years, with very active member participation. This is fully documented in Maurice Langley’s excellent book ‘York House Youth Club – The First Thirty Years’ (we have a copy which is available to borrow). 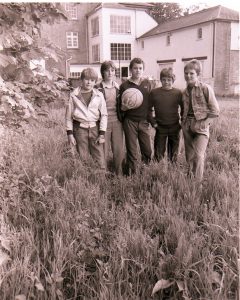 Her Royal Highness, the Duchess of Kent, visited the building twice – in 1973 to officially ‘re-open’ the building after the conversion work, and again in 1983.

A partnership with the emerging Youth Service at Buckinghamshire County Council (and later Milton Keynes Council) was established and this in turn led to paid staff, regular funding and a building maintenance service.

In September 1990, the building was affected by significant subsidence. Milton Keynes Council suggested disposal of our existing building and using the money to provide a brand-new facility. The Trustees did briefly consider this option, but the main flaw was the lack of a suitable site or building to relocate to. Recognising that our current location is one of our most valuable assets and that repairing an existing building is always cheaper than building something new from scratch, the Trustees decided to keep and improve what we already had.

Following the abrupt and unexpected withdrawal of virtually all support from Milton Keynes Council (MKC) in 2001, we were thrown into financial and administrative chaos. 2001/02 was certainly the lowest point in our fortunes since the Charity was set up in 1963. Left without a staff team or a regular annual grant, a building in need of major repairs, and only a handful of regular user groups, the future looked very bleak.

The building had lots of potential for development, including the large piece of land at the back. The 2004 Stony Stratford Market Town Healthcheck research into community needs indicated substantial unmet demand for facilities and services, some of which we were already providing at the time and many others which we cater for currently.

We took the time to consider all the various different options and, in partnership with the Healthcheck, we developed a clear vision of what would make best use of the building, whilst still meeting our Charitable objective of supporting young people.

In 2007, with the help of consultants, we developed a 5 Year Business Plan and set up a new Charitable Company Limited by Guarantee – York House Centre (Stony Stratford) – with wider charitable objectives as a ‘Youth, Community & Arts Centre’. The new organisation provides much better personal protection for our volunteer Trustees.

In recent years the building has undergone several phases of major building work:-

2008 – Underpinning Project – funding was secured from WREN, Milton Keynes Community Foundation and Stony Stratford Futures Group / SEEDA to carry out necessary underpinning to the main building, to repair the damaged brickwork and bond the flank walls. The building was ‘saved’ and a larger and more robust team of Trustees planned for the future….

2008 – New Rear Entrance – funding was secured from Grantscape to remove the old fire door and install a new rear door to the building. This ensured that groups in the main hall were no longer interrupted by people walking through to reach other parts of the building. It gave the building a new lease of life, enabling us to take bookings in different rooms at the same time.

2009 – Accessible Toilet & Babychange Unit – funding was secured from Milton Keynes Community Foundation (Margaret Powell Fund) and the Ancell Trust to convert our old cleaner’s cupboard into a ground floor accessible toilet. With the addition of ramps to the front and rear of the building this made our ground floor completely accessible.

2011 – Community Gardens Project – in partnership with Milton Keynes Mind (now Mind-BLMK), we won an Ecominds grant of c£17,000 for the development of a Community Gardens project on some un-used and overgrown land to the rear of York House. What started out as a bright idea to grow a few crops on an under-used piece of community land has now turned into a fantastic outdoor project which is not only beneficial to the members of the various gardening groups but also to the whole town via the availability of a pleasant and attractive picnic area and the further development of Stony Stratford’s only public community centre.

2013 – Rear Extension Project – in 2011, York House was awarded £116,000 of s106 planning gain from Barratt Homes attached to the adjacent Hayes development. We secured an additional £80,000 from WREN, Stony Stratford Town Council, MK Community Foundation and the Garfield Weston Foundation. With the addition of c£4,000 raised by the York House Fundraisers plus a significant contribution from York House funds, work began in March 2013 to demolish our existing dilapidated kitchen and replace it with a new kitchen and servery and a brand-new ground floor meeting room – The Beechey Room (named after Norman Beechey MBE, the Youth Leader for St Giles Youth Club who was instrumental in the club relocating to York House).

The Rear Extension was officially opened on 02 November 2013 by Mayor of Milton Keynes, Councillor Brian White. This coincided with the 50th Anniversary of St Giles Youth Club moving to the building, so we invited lots of past club members to join us and share their memories.

2016 – Rear Extension Project (Phase 2) – accessible storage for equipment and furniture is essential for a well-used community facility. The addition of a suite of ground floor storage rooms at York House Centre comprising a Furniture Store, Youth Clubs/User Groups Store and a Garden Store completed the major building work for our Rear Extension Project which started in March 2013. This project was funded via a loan from Barclays Bank Plc and with generous grant assistance from the Garfield Weston Foundation and the Bernard Sunley Charitable Foundation.

2016 onwards – Mercedes Benz Financial Services (MBFS) – we were delighted to be chosen as MBFS’s ‘Corporate Social Responsibility’ (CSR) partners. MBFS have shared their skills, energy and generous financial contributions to improve our organisation, the building, and its facilities and equipment. Projects undertaken include new paths to and through the Community Gardens, total re-development of the rear garden including a new lawn and installation of an AstroTurf area and decking stage, decorating projects, new equipment and furniture and the re-development of the front garden border with London Road. Working with the Trustees & Staff, MBFS prepared a new Development Plan (2017 – 2022) for the centre and assisted us in recognising our risks, prioritising our needs and implementing some of them, including this website.

2019 – Toilets Re-Development Project – In December 2018 we were awarded a major grant from FCC Communities Foundation (formerly WREN) to fund the long-overdue redesign and refurbishment of all the toilets at York House Centre. Additional funding was secured from the Bernard Sunley Charitable Foundation and some s106 planning gain money from the McCarthy & Stone Elizabeth House development.

Clever design work by Svetlana Pinaitiene (SEP Design) has allowed us to provide separate men’s and women’s facilities on both the ground floor and middle floor. Following a competitive tendering process, work was completed to a very high standard by our chosen contractors, CJ Bricknall & Co Ltd.

The new toilets were officially opened on 27 April 2019 by Mayor of Milton Keynes, Councillor Martin Petchey.

The building is now equipped with modern, bright and more plentiful toilet facilities which will serve our busy community hub for decades to come. 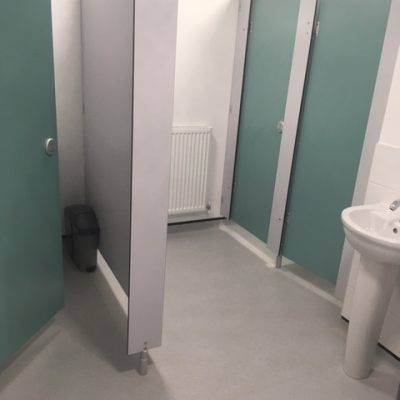 So, as you can see, it’s been a rollercoaster ride of a journey with a few bumps in the track along the way!

The building is now alive with youth clubs, youth drama classes, community arts projects such as the Lantern Project and Arts for All, over 40 regular user groups, music, spoken word & comedy events, town events, fundraisers, beer and food festivals and even open-air cinema events in the gardens… All over-seen by a strong Board of Trustees, supported by 4 part-time staff and helped by an army of amazing volunteers.

York House Centre is a vibrant, thriving organisation in a building which still has bags of character but is fit for purpose as a youth, community & arts centre with modern facilities and equipment.